Tropical storm Isaias roared through Connecticut late afternoon on Tuesday. I had hoped for some beneficial rain since we are in moderate drought. And I really hoped for moderate winds since we live in a heavily treed state and heavy winds with the trees in full leaf is a recipe for disaster.

Of course by now you know what happened but you probably don’t know the exact details. At my house, I had exactly .2″ of rain–so hardly a drought buster. I had to go out the next day with my hose to water.

And then there was this. Branches and leaves everywhere. This is the small stuff. 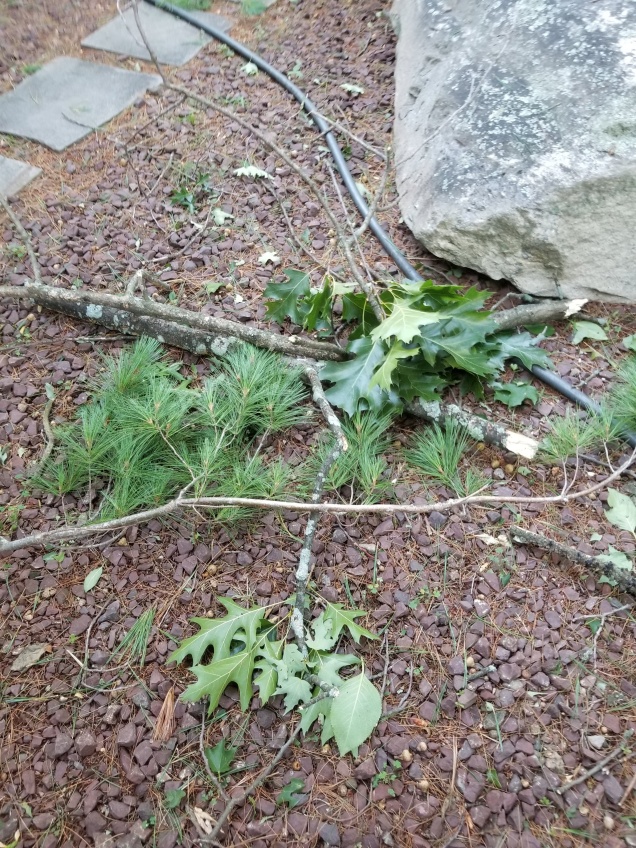 It was a little worse out back by my hydrangeas. I pulled this out of them, in fact.

And then there’s our pines. They regularly make a mess. This was no exception.

At the time all of this occurred, there was a tornado warning. There was no tornado, but the winds reached 60 mph or more. So we were very lucky–especially since one of our neighbors wasn’t quite so lucky. A pine similar to ours wound up on their house.

About one third of the state still has no power 36 hours later (nevermind no internet, cable or cell service in these work from home days). We are told that it will be “multiple” days until power is back.

2020 is certainly turning into quite a year.