This is my later blooming magnolia, Elizabeth. I got it from the Brooklyn Botanic Garden in a one quart pot in the year 2000. It’s done quite nicely for me, despite being topped in 2011 by an ice storm.

This year, however, it’s in a state of suspension. Its beautiful yellow buds are swelling but they refuse to open. Here’s why. 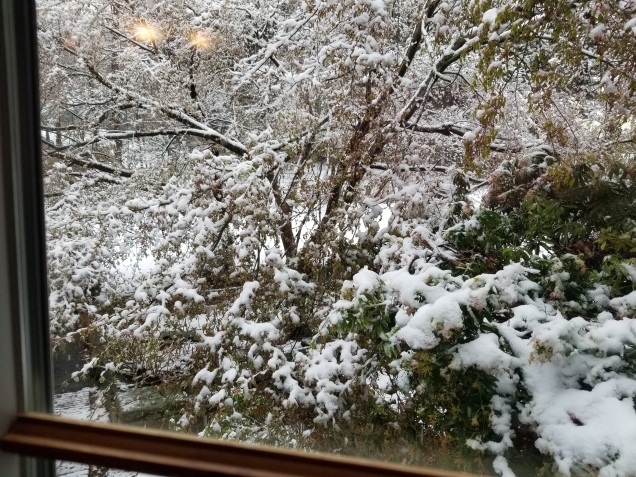 This was a week ago. Despite this, the following day, it was 60 degrees.

And then, 2 days later, there was thunder, lightning and hail.

The rest of the week has been in the low 40s. We should be in the 60s at least. Ah well. This is why I always say we only have winter and July in this state!