What? I know some people who shower with pets to give them baths. But showering with plants?

Actually I have been known to take my air plants into the shower with me for a quick watering but that clearly is not what’s happening here.  And although it may be TMI, I didn’t shower with these plants.  They didn’t even shower together.  I brought them up and showered them off one at a time.  This photo just shows them drying.

So what’s going on? Well, this. 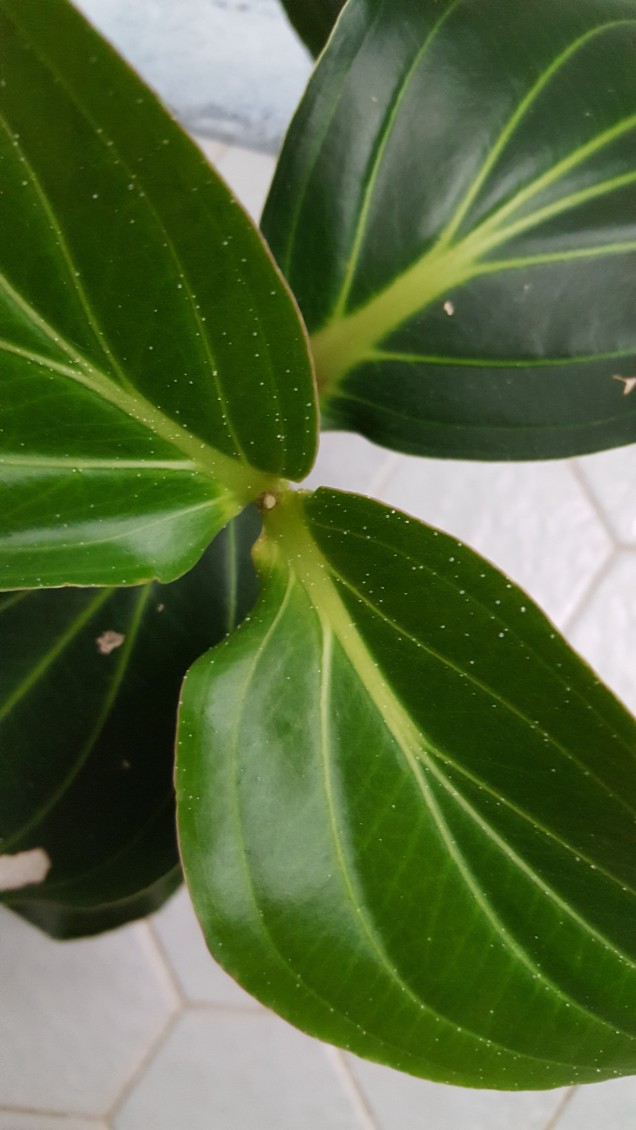 I first saw this–spider mites, I suspect–about a month ago. This is a pair of leaves from the plant that is the much larger of the two.

At that time, I just wiped all the leaves off and vowed to take a look again in a few weeks. Sure enough, they’re back.  And while they don’t look much like–or behave like–traditional spider mites, meaning that there are no telltale webs, this is very clearly an insect infestation.

So, once I decided that, I grabbed the other plant that had been near this plant when it was outside.  Sure enough,  same sort of little critter. That’s when I decided they both needed a shower to wash all these pests away.

Clearly I will need to watch these 2 plants–and all those around them–for reinfestation. But so long as I don’t mind giving the plants a shower, I think everything’s under control.