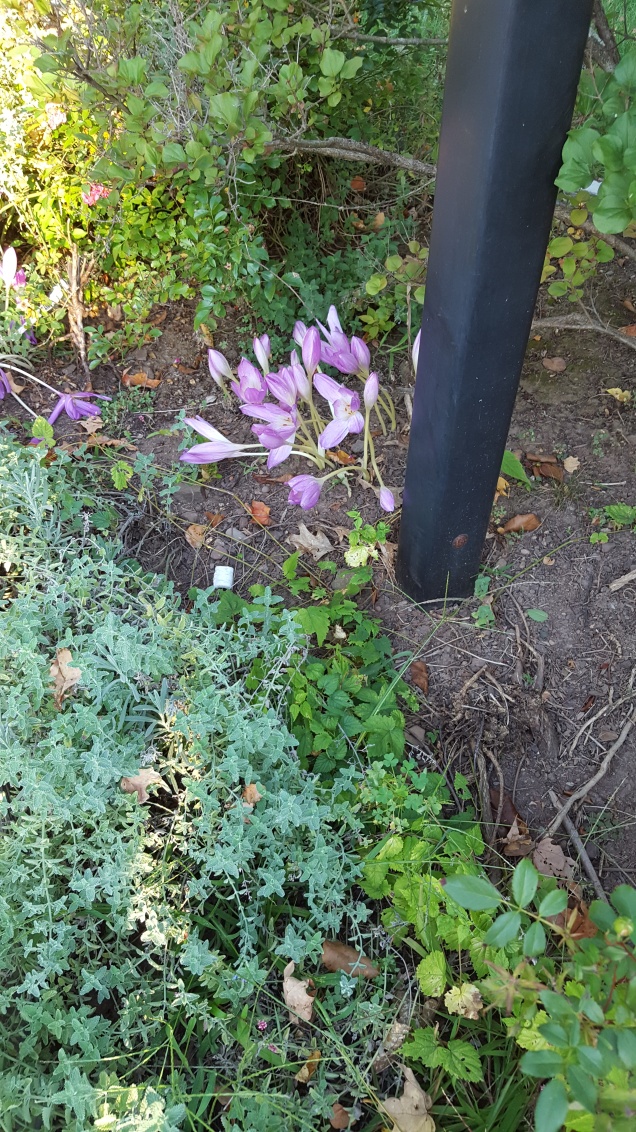 I get more strange looks about these flowers–which are right by the road–than almost anything else in my garden. They are blooming right now. 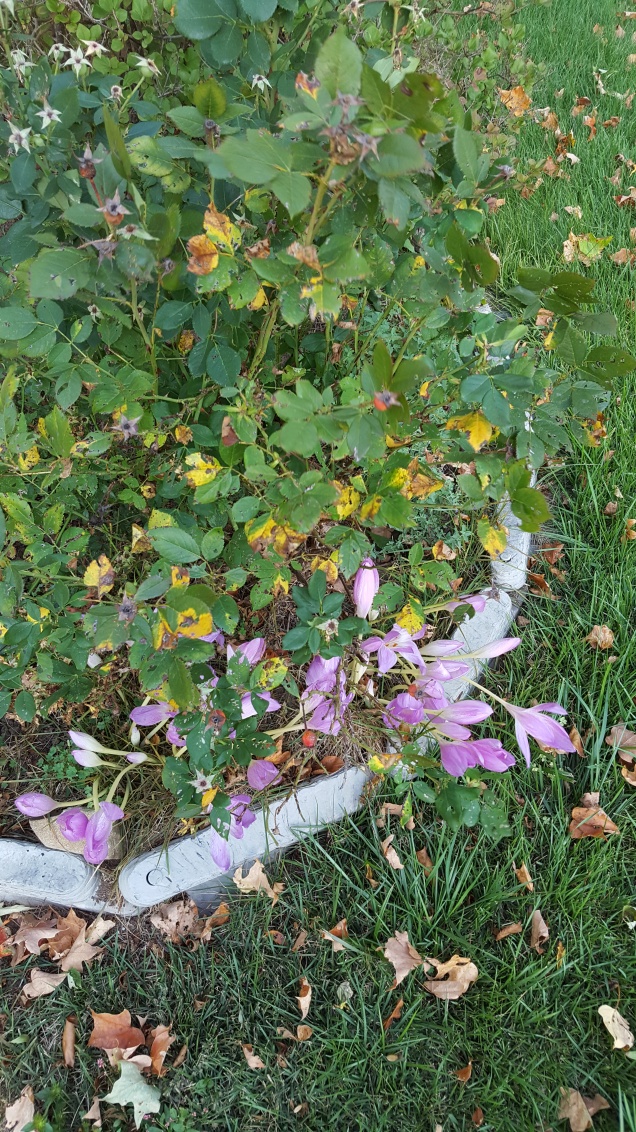 Here are more of them, peeking out from beneath some roses. 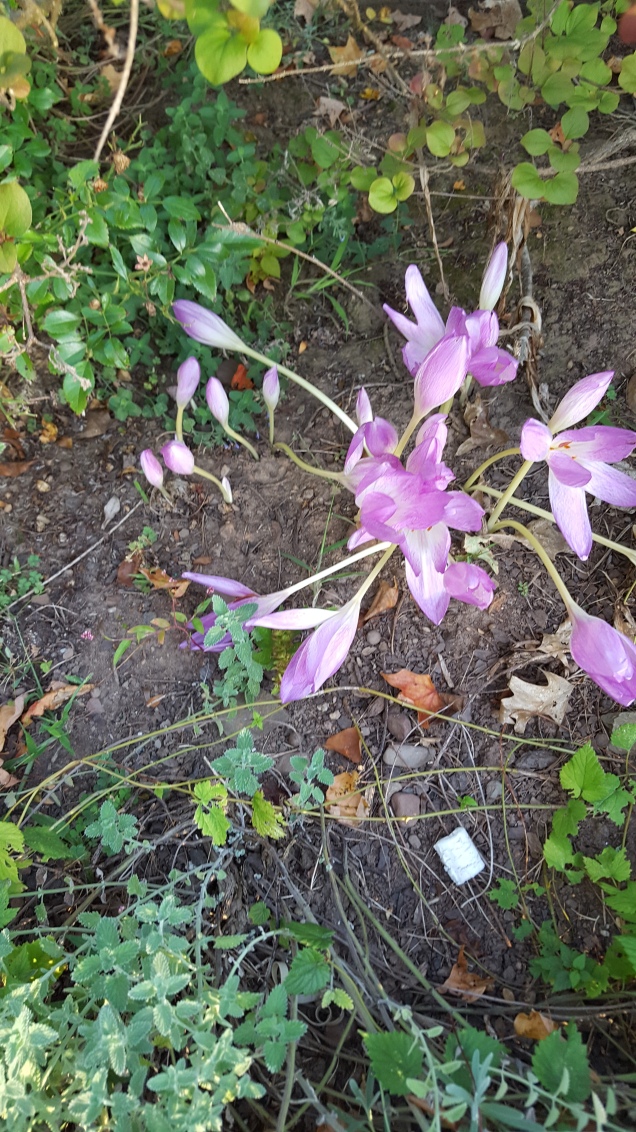 And more yet, some fully open and other just coming up. These are colchicum, a bulb that should be planted now. Some people call them autumn crocus, but there is a true autumn crocus so I don’t like to confuse the 2 species.

They are incredibly hardy for me, come up reliably without fail, even in drought, aren’t bothered by any sort of critter, and increase in clump size, even in my clay soil. The only one that I have failed with is the double variety, ‘Waterlily’.

Something to be aware of though: like other bulbs, you will have foliage to deal with. It comes up in the spring and persists for a few months. Usually I don’t care. At that point, I am looking at roses here! 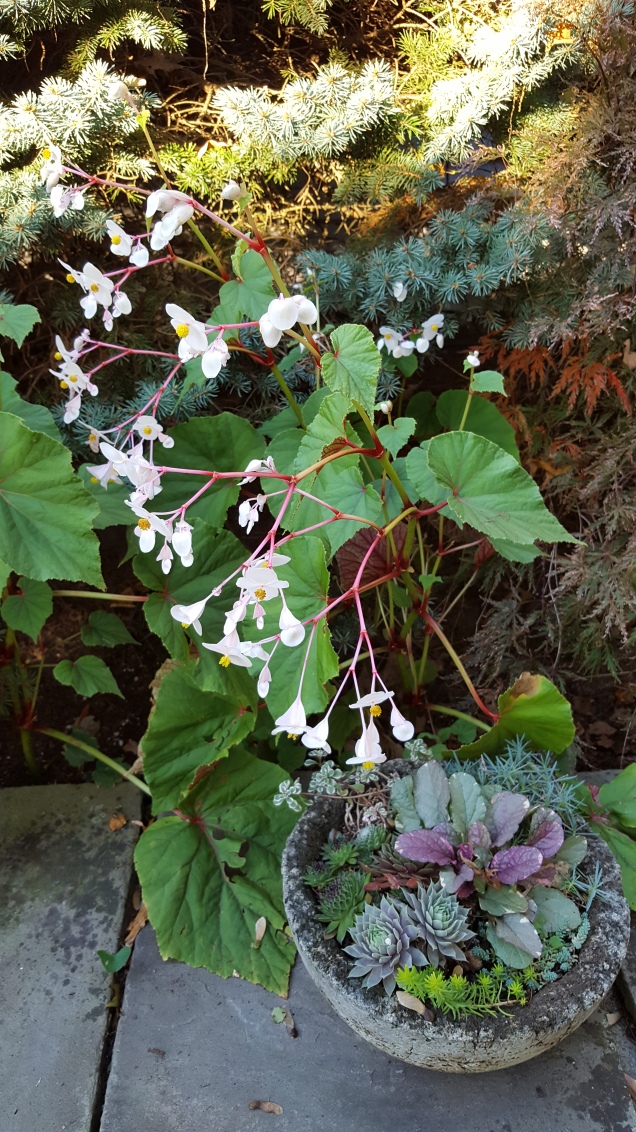 Then there is this–the hardy begonia you see above the little bowl of succulents. This is really a fall star. Its botanical name is begonia grandis and this variety (the white one) is called ‘alba.’

It too is very easy but it’s very late to come back. Just about the point at which I think I’ve lost it, it finally appears. So if you find it and plant it, don’t give up on it early in the season.

Also ignore the jagged tears in the leaves. That’s from a rare hail storm that we had earlier this year. It doesn’t usually look like that.

Flowers in the garden this late in the season are a joy to behold–and true perennials are even better.