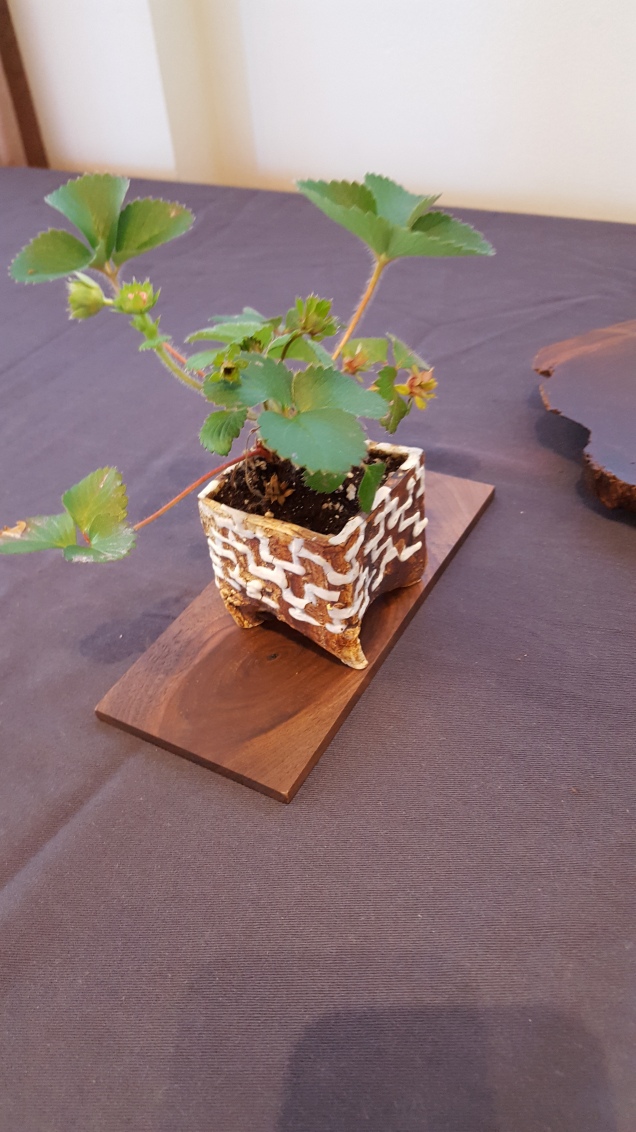 A few decades ago, I used to practice (and I do mean practice in the most rudimentary sense of the word) the art of bonsai. I had several–mostly tropicals, but a few evergreen types like satsuki azaleas and even a few nursery specimens that I had turned into bonsai myself. I was fairly proud of those.

(And no, that is not one of my bonsai. All of the images in this post are from the bonsai show at Elizabeth Park in Hartford July 8-9 of this year.)

What happened? One exceptionally bad house sitter. I came home and found–despite extremely careful watering instructions, and plants grouped together by watering needs–over 33 of my plants dead. Returning from a lovely vacation is difficult enough. Returning to a massive plant die-off is devastating.

So that was the point at which I decided that either my bonsai hobby had to go or I had to stop traveling. So I no longer practice bonsai with the exception of a couple of ridiculously hardy plants which I am not particularly attached to.

The photos I am including in this post are photos of perennials–an alpine strawberry,  a true geranium (pelargonium species) and three hosta, all of which are done in bonsai style called mame.  It’s bonsai in smaller pots, or miniature bonsai. 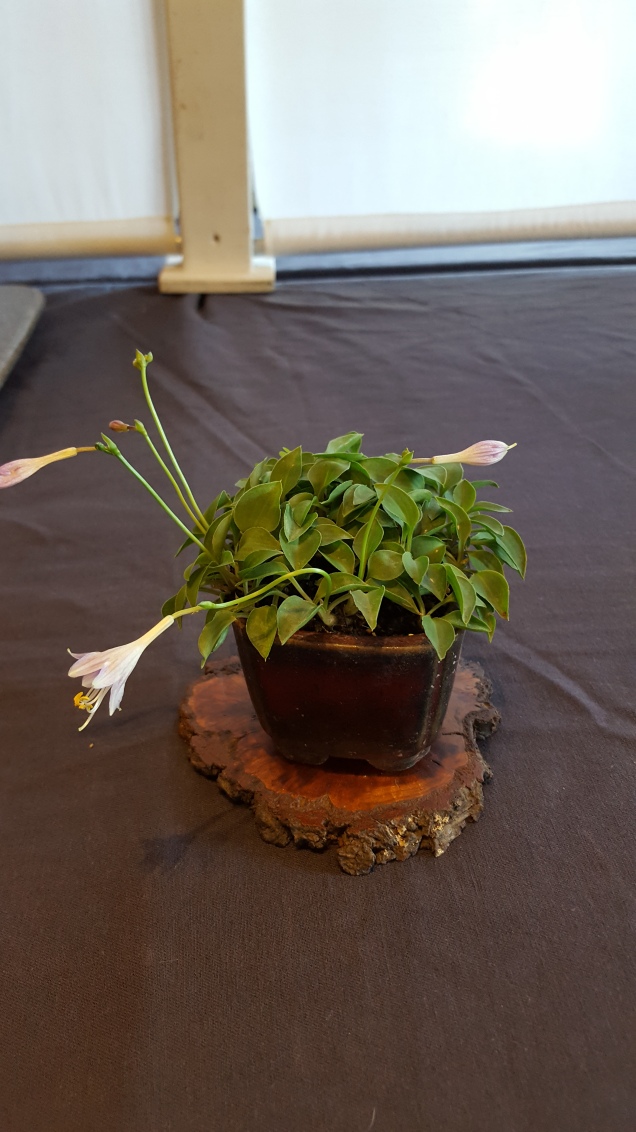 What’s interesting about this is that I don’t remember any of this when I belonged to a bonsai club several years ago. But I absolutely love it!

I am still not necessarily willing to attempt it on any sort of large scale. But if I find a hosta seedling, I might just begin training it. What have I got to lose?