Although I thought that the national media did a horrible job of publicizing the fact that the northeast just endured well over two years of extreme drought, complete with water rationing,  reservoirs drying up and massive plant die offs along with insect infestations, most of that seems to be over now, thank goodness.

The drought stretched from Maine all the way down to the south at times and as far back as the Ohio Valley but New England was particularly hard hit. Parts of Massachusetts were rationing water for well over a year and here in Hartford County Connecticut we are still drier than we should be even after abundant rainfall elsewhere.

Still,  this year, things look much better than they have for years with the exception of the aftermath.

You heard on Friday that my gardening is pretty much limited to pointing my finger or my camera at this point for the next several weeks.  But the Spoiler has had to call in help to clear out all of the drought killed plantings–& every time we look we find more. This partially killed blue spruce around our pond is just one example.

In many cases, things haven’t been killed outright,  which is a blessing.  I just wonder, after the pruning, what they will look like. This kerria will look just fine. The blue spruce that I showed above, not so much, I fear.

And then there are the things that are just dead and need to be pulled out. Several hydrangeas and a rose finally succumbed. 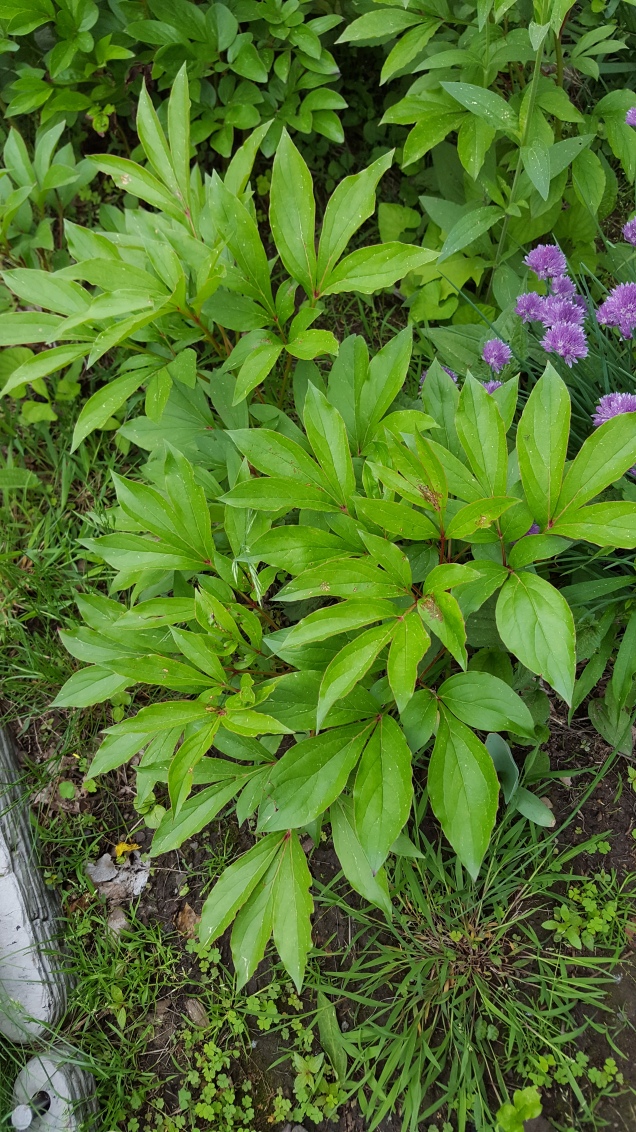 And finally there are things that just aren’t going to bloom this year at all–but at least they survived and came back. This peony is one example. (And notice that lovely “grass and weed” mulch. I may never recover from that either–but that’s a different issue!)

I have rhododendons taller than I am also without blooms–but it would be a catastrophe to have lost those.

We’ll need a few more weekends of help to get the pruning all done. Good thing it’s a long summer.