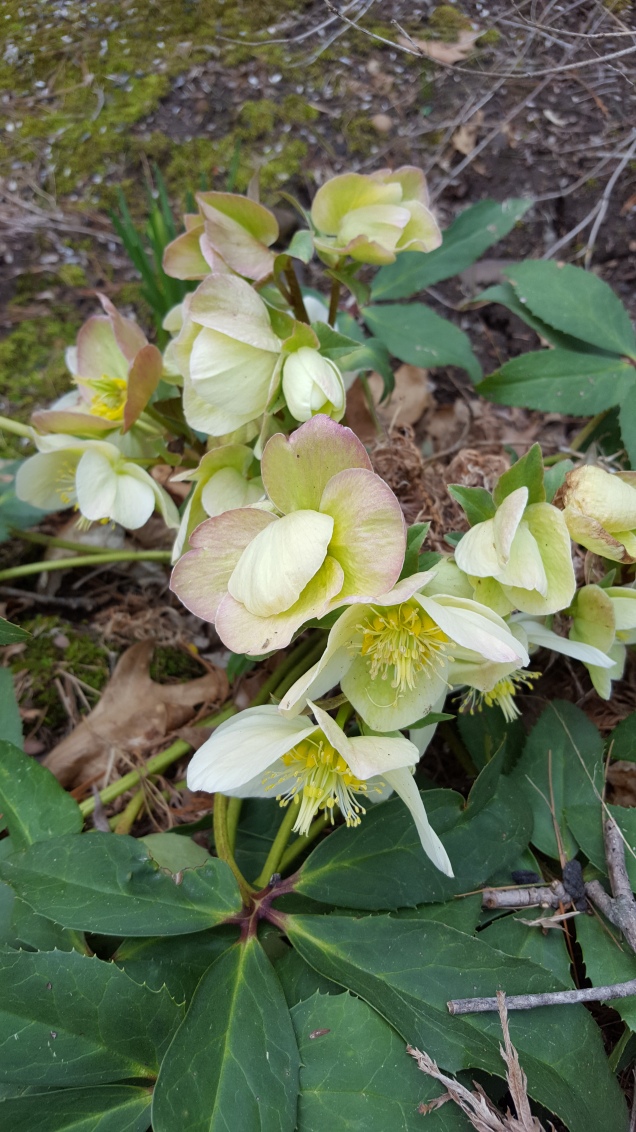 Hellebores are known for blooming at major holidays. I have had this one in bloom as early as Christmas in freakishly warm years.

This one blooms later. Technically it is supposed to be called the Lenten Rose. It’s just squeaking in under the wire since Lent ends in a few days. But then again, up until a few days ago, we have had an abnormally cold March and April.

These plants are tough (I have had snow all over the white one and it just bounces right back!), deer resistant, and the foliage is evergreen (when not snow covered.)

There are some cultivars that are much more exotic than these, with flowers that absolutely dazzle. If you don’t grow these plants, consider adding some this year!