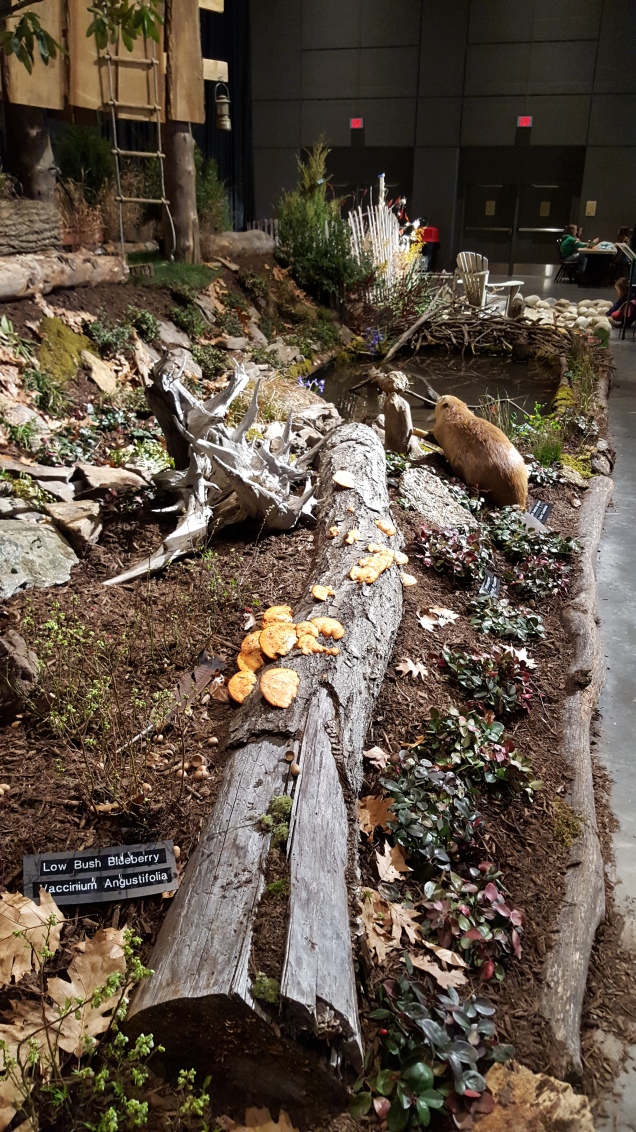 This is the award winning landscape that I talked about on Friday–the one that won 10 awards, including the Environmental award. It won more awards than any other exhibit in the show, evidence that they were doing something right.

Sadly, however, as I stood there happily snapping photos, most of the people around me had no idea what they were looking at. One couple next to me said, “It’s okay–I don’t really know what’s going on.” 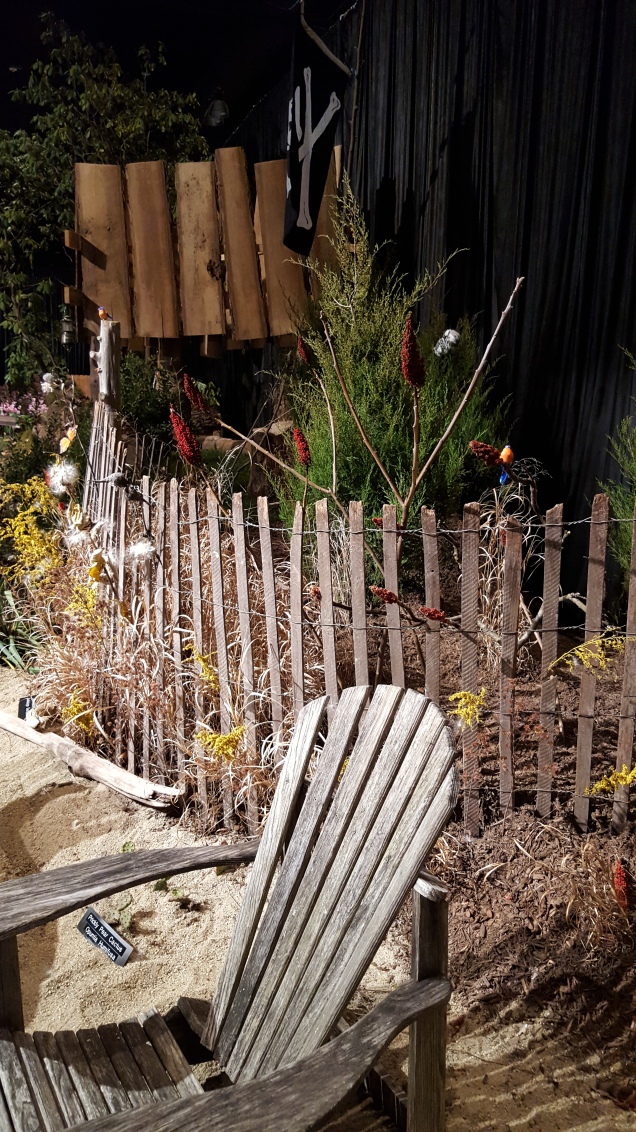 So I actually stopped to explain that the landscape was depicting native habitats and native plants. They were still completely unimpressed. The showy  flowers and blooms and the green grass of the other exhibits were way too enticing. 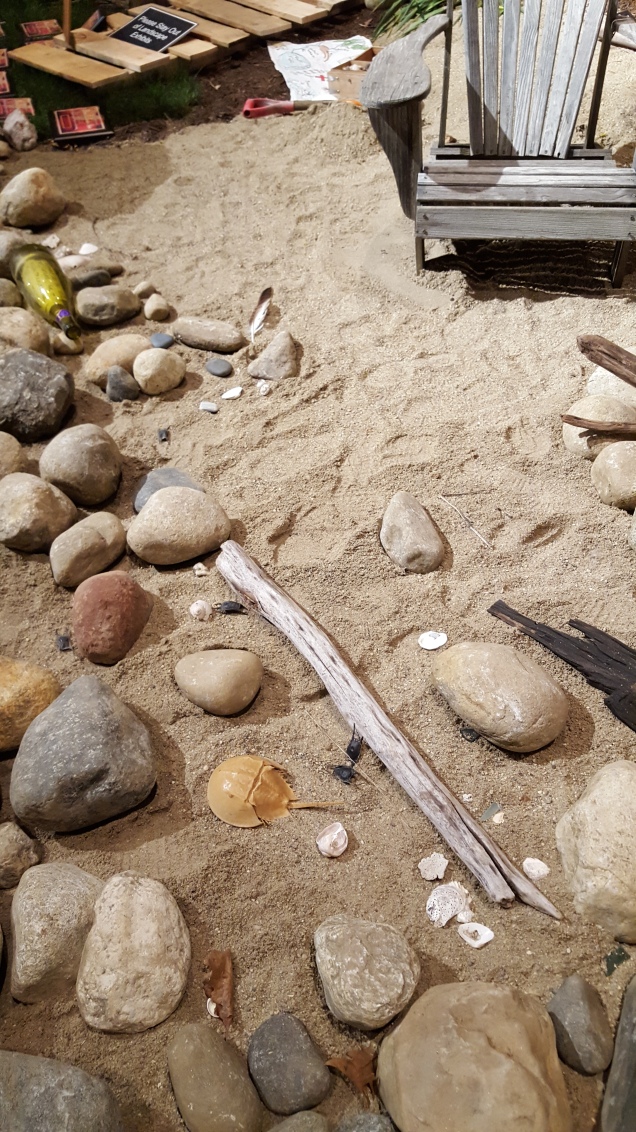 I even heard one little boy squeal in terror when he saw the fake dragonfly on the log.  “Ooh, a bug,” he screamed (and I am NOT kidding.) Talk about nature deficit disorder! I didn’t even try with that kid!

The fabulous display is courtesy of Earth Tones Native Plant Nursery. They had a similar display, without the sandy habitat, last year.

The CNLA (the nursery trade group) also had a great display showing homeowners the “right” and “wrong” way to plant trees and landscape yards. There were examples of the infamous “mulch volcanoes” and instances of shrubs packed in way too tightly on one side of their display contrasted with the proper way to plant and mulch trees and space shrubs on the other side. Again, that was beautifully done and a really nice piece of education for the average home owner or gardener.

I am not sure how many noticed, however, despite large 2’x3′ signs that said things like “mulch volcanoes” and “wrong.” I had to point out the point of the exhibit to the Spoiler so I am not sure how much the average home owner took notice–but I loved it!

As for new and fabulous plants, with the exception of a new (to me) houseplant, I really didn’t see anything. There was no one “wow” plant that every one landscaper or exhibitor was using. If fact, if anything, I saw fewer new plants than in past years.

As as for trends–there wasn’t anything that stood out. No edible gardens. No chickens. Only one outdoor kitchen. The usual display of ponds but there are always a ton of ponds. If anything, the landscape exhibits seemed to go backward in time.

But I forgive them because of the excellent quality of the two educational exhibits. I just wish I thought more people “got” it.

One thought on “Overt Education at the Flower Show”