Last weekend the house plants came in. This was really was too late for me to be doing a chore like this but a few things contributed to the timing.

First, I had to go out of town the weekend prior for a memorial service and I knew that the Spoiler would be better equipped to deal with anything that needed to be watered if he could blast it with a hose. 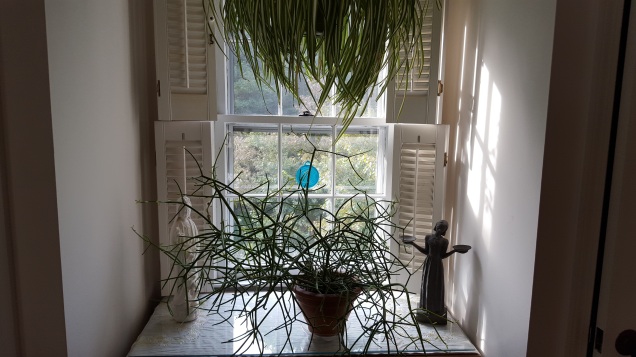 Next, the weather has been so unseasonably warm that there was no sense of urgency. Despite the fact that our traditional “first frost” date should be next week, we’re no where near that.  We’re closer to still needing to run the air conditioner than we are in any danger of frost.

So despite the fact that I usually recommend when I lecture on house plants that they should come in right around Labor Day (it helps the plants better acclimate to indoor conditions) I didn’t take my own advice this year. I’ll be paying for that with far too many dropping leaves over the next few weeks. I’ll be wishing the Spoiler could bring his leaf blower indoors! 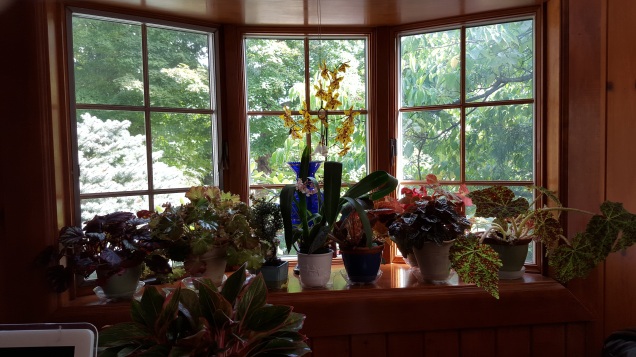 And as much as I treasure my plants–my “props” for my many house plant lectures–I also like having relatively uncluttered windowsills. My windows have gone from accessible to impenetrable–at least until the great spring house plant migration. And the dog has lost one of her great “squirrel hunting” perches. 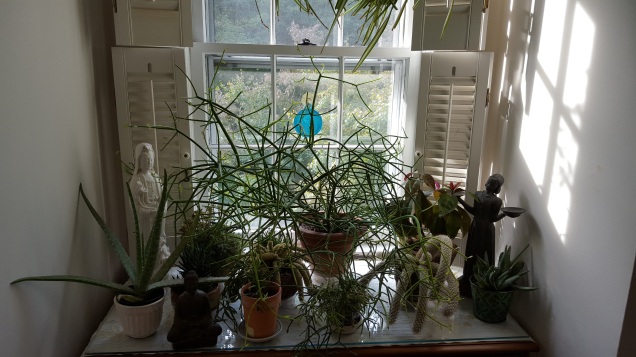 Oh well. Without these plants, I don’t think I could survive winter.