So with that happy thought in mind, I thought I’d have a little fun with Pantone’s color of the year, Marsala. Usually, I pay no attention to this sort of nonsense, but when the color was announced earlier this year, the first thing I noticed was that I had a whole windowsill full of plants that were either “Marsala” colored or had “Marsala” accents.  Good grief, how did I get so trendy, particularly since I’ve had some of these plants for years?

In any event, since many of us do garden in containers, I thought I’d show a few of my “Marsala” colored plants, and then the close-ups of my accented ones.

This is the way to think about good garden design, whether we’re talking about a container or a garden bed.  While you may not like “Marsala” (and apparently I do, at least in house plants!), consider the colors that you do like, and then design around them.

So without too many more lectures, here are my “Marsala” colored plants.

You’re going to see a lot of begonias over the next few photos!  Here’s a red dracena, a red leafed pepperomia and a purple leafed begonia–now all in the trendy shade of “Marsala.” 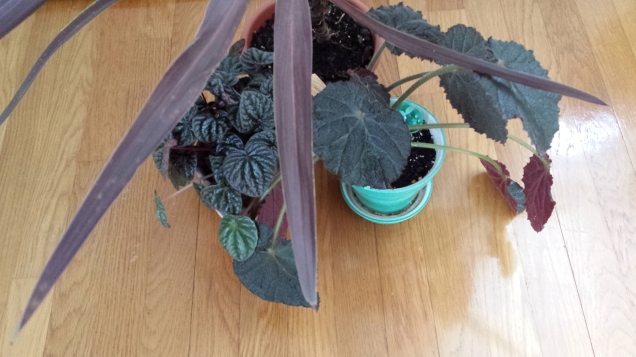 Here’s a close-up of these same plants. The dracena leaf (the long strappy thing) is probably technically the closest in color to the true “Marsala” color that is the color of the year, by the way.  But notice the underside of that begonia leaf?

Here’s an orchid leaf, ludesia dicolor.  I think you can see some hints of that same color here. 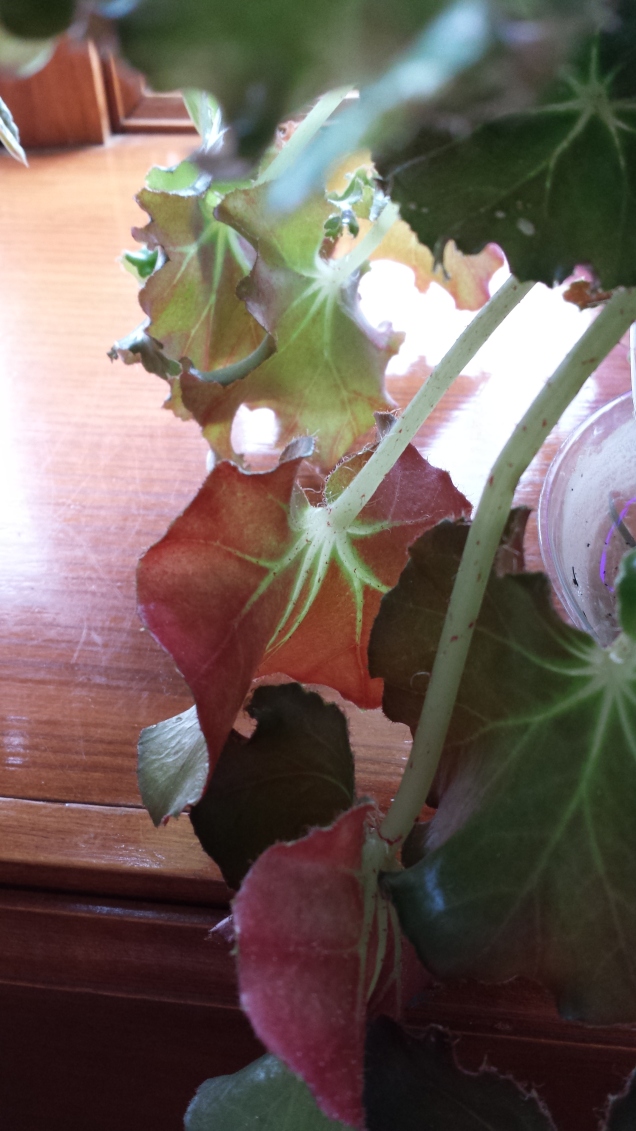 Here’s the back of another begonia leaf (with wonderful curly edges).

And then there’s this begonia leaf. 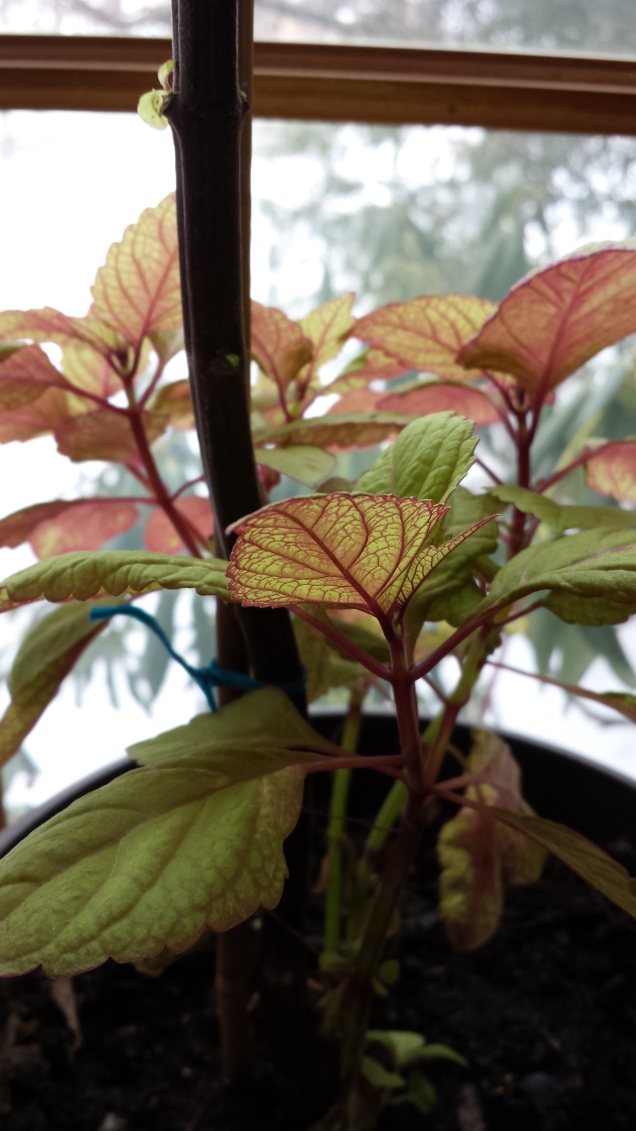 And here’s a coleus, whose veins and stems share that color.

Everything in this post except the orchid is on the same windowsill which just kind of surprised me. As I said earlier, they announced the color, I looked at my plants and said to myself, “Gee, I must really like that family.”

And yet the coleus and dracena were salvaged from last summer’s planting and were nowhere near one another.  The begonias too go outside, but obviously not near the coleus or dracena.

Maybe my outdoor containers were more put together than I thought!