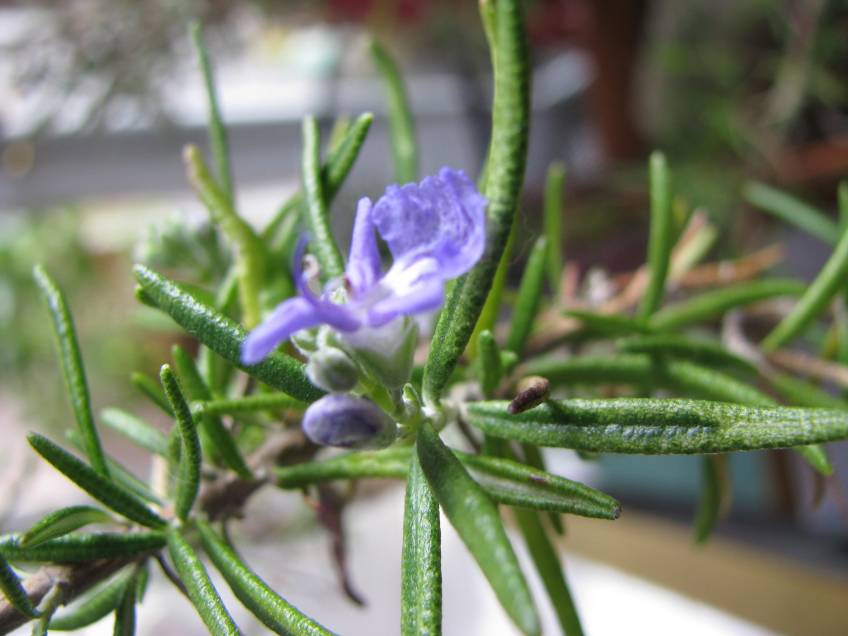 A week ago I talked about some of the different stories associated with Christmas trees in an effort, I hope, to show, that Christmas trees had their roots in secular festivals and traditions and were only later adopted by Christianity (if, in fact, they were adopted at all).

The story of rosemary is a little different.  Of course all herbal legends are just that–legends.  But one story associated with this herb is firmly rooted in Christianity and so, this close to Christmas I offer it to you as my gift.  For those who do not celebrate, by all means, feel free to skip this entry.

I had only known of rosemary as the “herb of remembrance” for quite some time.  It plays a minor role in Shakespeare’s Hamlet when Ophelia, the poor, mad daughter of Laertes wanders by murmuring “There’s rosemary, that’s for remembrance…” shortly before she commits suicide.

Another legend I had been familiar with was the old English one that said where rosemary flourished, a woman ruled the roost.

But only recently did I come across the story of the Holy Family and their flight to Egypt.  Supposedly, the story goes, all rosemary bloomed white at that time.  During the flight, Mary draped her cloak over a rosemary bush, and ever since then, rosemary has bloomed blue.

It’s a charming story, but botanists will tell you that there’s still a white blooming rosemary–and a pink blooming one for that matter.

For this and other stories about holiday plants, see this fact sheet from the University of Illinois Extension Service.  And for all those who celebrate, Merry Christmas!