This container was an impulse purchase from my supermarket around July 4th.  It has weathered the unseasonably hot temperatures we’ve had for the month of July, but suddenly it’s looking very peaked–yellowing, chlorosis in some of the leaves, and definite holes in many of the flowers.

Since I’ve grown petunias before, I knew just what to look for–see if you can spot the little guy in this next photo. 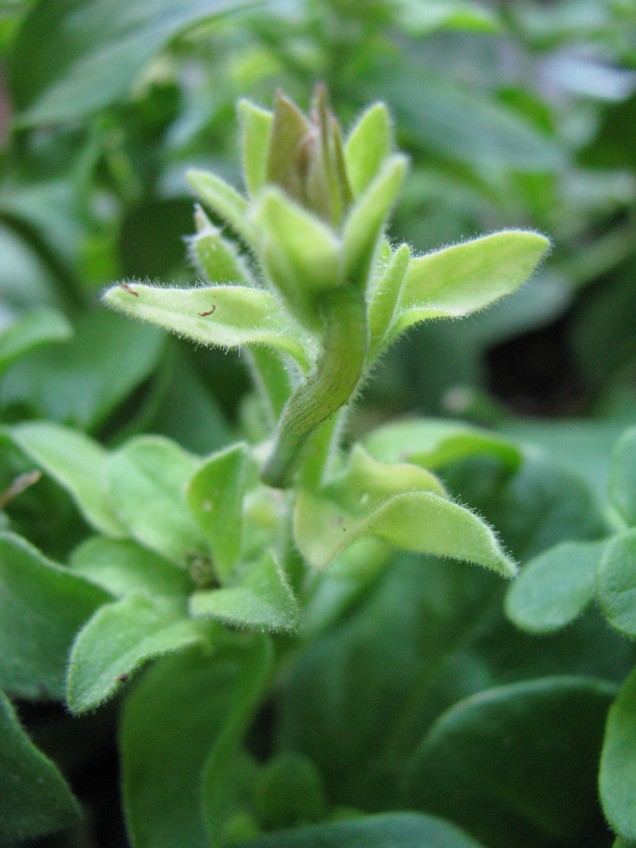 The nearly invisible worm chomping his way into the bud of this next flower is commonly known as the “petunia/geranium” bud worm, for obvious reasons.  He’ll also eat nicotiana flowers should you happen to have those around.  He is the larva of a type of tobacco moth that tunnels into buds of flowers and then eats his way out, leaving the holes I showed in the second photo (or worse).

Now because the worm spends so much of its life inside the bud, control can be difficult.  Most of the organic sprays actually have to hit the pest to kill it so if you’re going to spend that much time hunting down the little pests, you might as well do what I do–hand pick them and throw them in a place where you know you have a lot of birds, or just squash them.

If you have no concerns about chemicals, some of the systemics will work–but again, it will take awhile because the worms have to eat the chemical and then die so there will still be some damage. 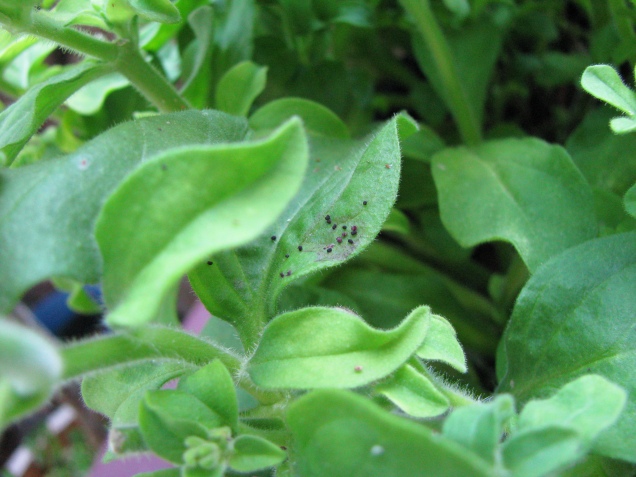 doubt it no further.  This is worm excrement–you have the worms.

21 thoughts on “What’s Eating My Petunias?”